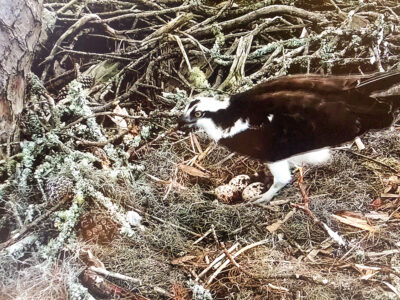 There are so many active nests to choose from!
We just started following this family of Barred Owls: Two eggs were laid in early March!
Check out the rest of these nestcams – Eagles, Petrels, Red-tailed Hawks, Ospreys, Albatross and more!:
Osprey image courtesy of Cornell Lab of Ornithology