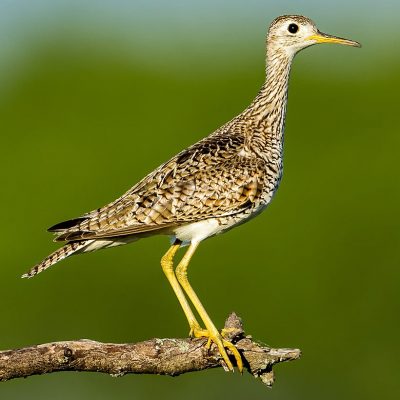 This shorebird bird is unusual in that it lives not at the shore, but in grasslands.  Since the Passenger pigeon became extinct due to hunting, this sandpiper has been a target. This coupled with shrinking North American grasslands given over to agriculture and suburbs has put continuing pressure on this  bird.  This is a beautiful shorebird whose call, as well as choice of habitat, is extremely unusual.