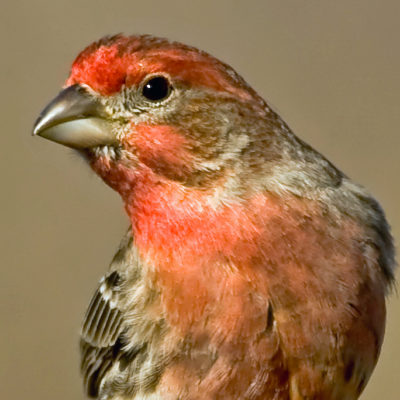 Originally a native of the American Southwest, wild caught House Finches were caged and illegally sold as “Hollywood Finches” to the early 20th Century pet trade. When a few were set loose in the East in the early 1940’s, they did extremely well. And now the lovely song of this little “exotic species” is one of the harbingers of Springtime throughout the US. Recognized by his bright red head and irrepressible desire to sing during breeding season, the highly adaptable House Finch is now found on feeders and in urban areas around the country.