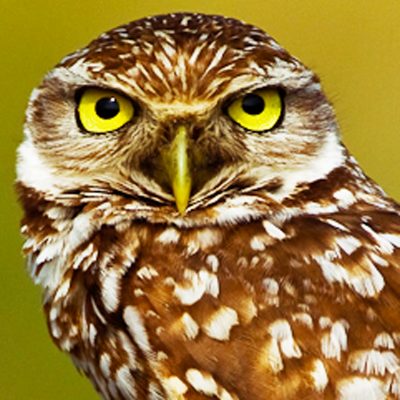 These small, long-legged, ground dwelling owls can be found from Canada into Central America. Burrowing owls actually live underground in holes which have mostly been dug by other animals. They eat small reptiles and insects, including scorpions, and are inhabitants of dry open areas from Canada into Central America. While they are not endangered as a species, their numbers are declining, and they are endangered in some areas. Their greatest threats are being hit by cars and prairie dog control programs. They have a wonderful two note song.