Songbirds who migrate at night have long been thought to migrate north to breed then south again to molt and overwinter. That makes sense, 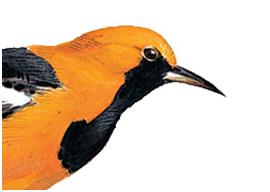 right? But, the times they are a changing. Now researchers from the University of Washington have discovered that there are some birds who make a stop in Mexico on the way down south, not to rest and molt, but to start a second family for the season. Known as “migratory double breeding”, this is the first instance of it in the new World, and the first time it has been documented anywhere in a southerly migration. The species researchers discovered taking part in this were Yellow-billed cuckoos, Orchard orioles, Hooded orioles, Yellow-breasted chats and Cassin’s vireos.

The entire article can be found in Science Daily