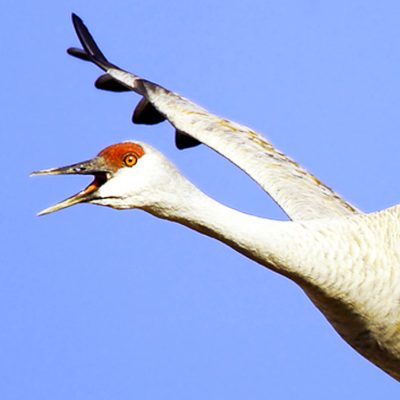 Sandhill Cranes are very tall birds that are gray overall with a beautiful red crown. They form large flocks in the winter and forage for grains along the grasslands and wetlands of the southwest. Congregations of over 500,000 cranes occur along the Platte River in Nebraska in February and March. They also spend much of January in the southwest from Texas to California. Their common name comes from the Sandhills of Nebraska, which is considered to be their most important stopover point during migration. Their distinctive bugling call can be heard up to two miles away!