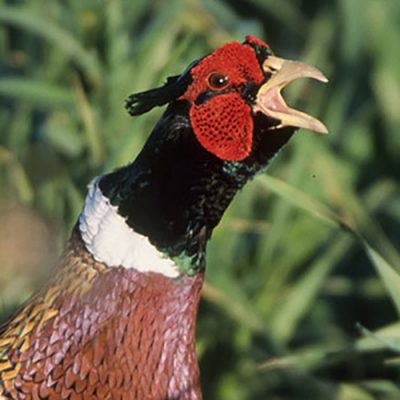 It’s hard to believe that this bird is not native to North America and Europe, but they were introduced from Asia as game for hunting and it is believed thy were brought to the UK as early as the 11th C. Known in Europe as the Common Pheasant, their numbers are declining as they nest on the ground in deep field cover and their nests are often destroyed by farming. As a result, many populations of these pheasants are artificially maintained by captive introductions. During the breeding season, the males have a harem which they defend from other males – sometimes in pitched battles.