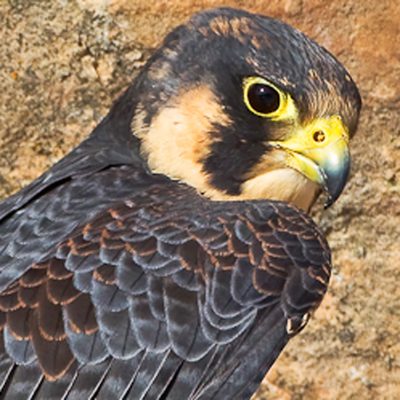 Peregrines are astonishing birds who can reach speeds of up to 69 mph flying in pursuit of prey and over 200 mph when in a “stoop” or dive. Unlike other hawks, Peregrines don’t grab their prey with their talons, but hit them with enormous force, knocking them unconscious and easier to grab. The word “peregrine” means “wanderer” and this sleek, dark raptor has one of the longest migrations of any bird of prey. They are one of the most widespread bird species in the world, and their adaptability to life in cities has enabled them to come back from the brink of extinction. They can be found on almost every continent.